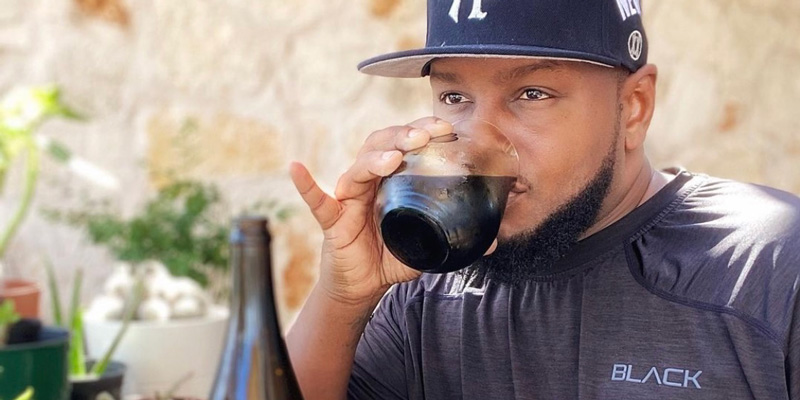 Shannon Harris is living the homebrewer’s dream. Once a craft beer fan who would drink a beer, snap a pic and post it on Instagram, Harris is now on course to open the first black-owned brewery in Austin, Texas.

Most people know Harris as The Brew Brotha on Instagram. He now shares updates on his brewery, Urban Jungle Brewing, to more than 28,000 followers, but he still mixes in plenty of the craft beer reviews and homebrewing updates that helped build his massive following.

“Once I started home brewing, I really got that true appreciation about the craft of beer,” he said. “And, you know, once you're able to brew it and understand the different types of malts and hops and water, yeast and chemistry that goes in behind it.”

The Brew Brotha’s
path to homebrewing

“I’ve known Marcus ever since he was a homebrewer, before Weathered Souls even launched,” Harris said. “I remember drinking some of his beers and was just absolutely blown away with the products that he was making from his home.”

Baskerville is also how Harris first heard about Midwest Barrel Co., which sold Willett Rye barrels at cost to Weathered Souls for its Black Is Beautiful collaboration. That project was a brewing collaboration among many breweries that raised awareness for the injustices that people of color face daily and fundraised for police brutality reform and legal defense for those who have been wronged. Harris’s connection to Baskerville goes back further. When he was starting out, he picked Baskerville’s brain for homebrewing tips.

“He’s the one who kind of let me know what kind of equipment to get, what style, what size and kind of taught me a little bit of the ropes of what it takes to become a homebrewer.”

Safe to say Harris was hooked on the hobby.

The next step: collaborating
and guest brewing

It wasn’t long before Harris started wondering how breweries worked on a commercial level. Here he was brewing at home on his stove top, while craft brewers were creating similar beer recipes, packaging the beers and releasing them out into the world.

He wanted to know more.

“So, I started volunteering at breweries, and then I started sharing that on my Instagram once I built the Brew Brotha Instagram account, just kind of showcasing the beers I was drinking,” Harris said. “And pretty quickly, man, that Instagram account blew up over the last six years.”

Social media served as Harris’s foot in the door. He’s pitched collaborations to breweries thanks to his huge following on Instagram. Their beers, plus his platform, meant many more people would actually hear about their brews.

His platform has also led to opportunities to be a guest brewer. Harris said Johnathan Wakefield, owner, founder and brewmaster of J Wakefield Brewing, was a major influence when he guest brewed there.

“He's actually one of the people who really paved the way for me as far as a guest brewer, and helping me out, and teaching me the ways and also teaching me how to brew significantly good stouts,” he said. “So, much love to him."

Harris has used the access gained by his social media fame to not only learn more about commercial brewing, but also to push for more diversity, equality and inclusion in the craft beer industry.

“From there, you know, it just kind of took off from just being not only a cool beer drinker, and you know, advocate for diversity and inclusion in craft beer, but just also knowing how to brew beer, which is the main reason why I'm trying to open up my own brewery here in Austin, Texas.”

Have a good barrel story?

Midwest Barrel Co. is much more than a barrel shop. We believe every barrel has a story, one that continues as soon as they reach their next destination.

We want to hear your barrel-aging tips, successes and stories. Whether you’re a homebrewer or commercial brewery, drop us a line.