Barrel-Aged Homebrewing 101: How to avoid oxidation 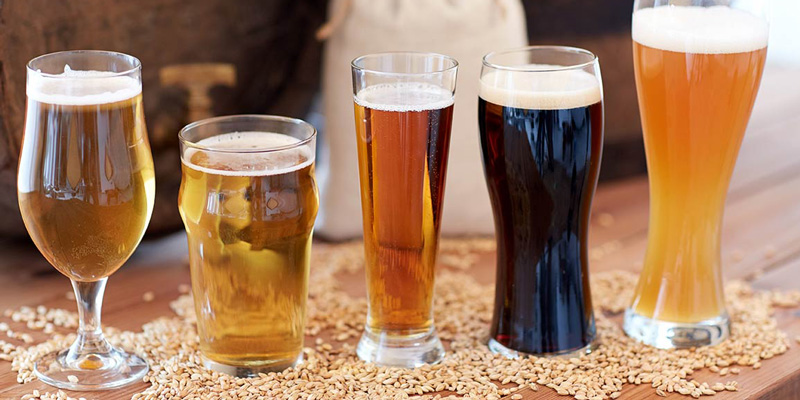 This is the moment you’ve been waiting for. For months you’ve thought about it, dreamt about it, gazed longingly at it from across the room. You’re about to try your latest and greatest homebrewed creation, patiently aged in a perfect oak barrel.

You pour your first sample, swish the liquid around, and deeply inhale before taking your first sip — and you immediately gag. What is this?? It’s like someone dutch-ovened a paper bag full of rotten grapes! You, my dear friend, have just been a victim of beer oxidation.

What is Beer Oxidation?

Oxidation is the addition of too much oxygen in the beer, post-fermentation. It’s catch-all for a variety of unwanted chemical reactions that happen at various stages of the brewing process, caused by the imbalance of oxygen in your beer at the wrong times.

Yes, oxygen is everywhere, and your beer will never be totally clear of it at any stage in the brewing process. The small amount of unavoidable oxygen is called “micro-oxidation” and it is not something to worry about. Nine times out of ten, the oxidation homebrewers should be concerned about happens when you’re sloppy while working with the beer post-fermentation.

It’s important to note that “aeration” is the addition of oxygen prior to fermentation and is vital to activating your yeast. A yeast gotta eat, ya know, and intentionally aerating your brew provides oxygen to the yeast, which they need to reproduce. However, once fermentation begins, oxygen is no longer our friend.

So before we dive into where oxidation can happen in the barrel-aging homebrewing process, how do you know if your beer has been oxidized? You can see it in an unwanted haze in the beer, but mainly you’ll be able to tell by the beer’s flavor and aroma. For example, an off-putting, papery, almond-y, or even rotten fruit/vegetable (“ribes”) flavor indicates oxidation.

Aroma is a little trickier – a vinegar aroma is a sign that the beer has gone bad, but a sulfur/rotten egg smell from your barrel-aging beer actually isn’t a bad thing! It’s just part of the middle-ish stages of barrel-aging, at about the 6-month mark. It might taste a little like burnt rubber at this time too – that’s okay! It’ll go away soon enough. The only good news about these unwanted results is that they can tell you where you went wrong in the process, from hot-side or cold-side aeration to storing at improper temperatures. We won’t go into those details for the purposes of this article, but if you’re looking for an in-depth weekend read, we recommend taking some time with this study.

So now let’s break down the 6 most-common mistakes where homebrewers go wrong and accidentally oxidize their barrel-aged brews:

1. Splashing While Switching Containers
When transferring your creation from one container to another, the most important thing you can remember is to not slop the liquid around. Transferring your beer is always where there is the highest risk of oxidation! So don’t just dump your beer around, use your homebrewing tools (and your big awesome brain) to ensure smooth, consistent flows between containers. If you see frothiness, bubbles, or anything that indicates that your beer has been disturbed – that’s oxygen getting mixed in! Always fill from the bottom up as well, resting your tubes at the bottom of the receiving container before siphoning a steady flow through from the original vessel. This will always reduce the amount of oxygen exposed to the beer.

2. Not Purging the Containers Before Transfer
A diamond is a girl’s best friend, and CO2 is a homebrewer’s best friend. According to our in-house brewer, Nick Shiffermiller, it’s the one thing he wishes he used more when he first started brewing. You can easily find a CO2 container that works for you with a couple Google searches, but you’ll have to find the CO2 gas on a local level. “Fire suppression suppliers” are a good place to start looking, as is anywhere that offers fillable gases. Always purge your containers with CO2 before filling it with your homebrew to eliminate oxygen pick up and to keep the beer fresh.

3. Not Filling the Barrel Up Completely
This is a little bit of a no-brainer. Make sure your barrel is completely filled before capping it – the less room between the fill line of the beer and the top of the barrel, the less air trapped in the barrel. As your beer ages, the wood of the barrel does naturally let a very small amount of air through as it breathes and your beer is soaked into the wood, but this a form of micro-oxidation is not harmful to the end result of the beer.

4. Sampling too often through the Bung Hole
While this is a less dangerous practice in terms of potentially oxidizing your beer, it’s better to use a vinnie nail to take samples throughout the barrel-aging process. As Nick puts it: “It’s just freaking professional, okay?” A vinnie nail hole is beneath the beer fill line, and so when you unplug/replug it there isn’t a chance of exposing the beer still in the barrel to air – sampling through the bunghole runs the risk of exposure.

5. Letting Air Bubbles into the Tubes
As you’re racking, notice your tubing – are there air bubbles moving through, or becoming trapped at the high-points? If so, check the connection points’ fit to ensure tightness, and gently adjust the tubes to work out any bubbles. If you don’t work these bubbles out quickly, all the beer passing through the tubes will also pass through this air, thus becoming oxidized.

6. Sloppy Bottling Practices
Again, use your tools and your brain! Bottle wands, bottling buckets, spigots, and properly fitted tubes will go a long way in safely bottling your barrel-aged brews. Fill from the bottom up always, and keep the flow smooth and consistently beneath/touching the fill line. PRO TIP! Practice bottle conditioning to help prevent oxidation. This is the practice of using a sugar-based priming solution to prep your beer before bottling. The yeast in the beer will metabolize some of the oxygen while eating this additional sugar, and thus reduce the oxygen in your brew while also carbonating it. You can easily find recipes for priming solutions online or through community apps.

In a nutshell, at every step of the post-fermentation process, move slowly and use all the homebrewing tools available to you to avoid splashing the liquid and exposing it unnecessarily to air. Sound good? Knock ‘em dead, kid – just not with oxidized beer stank.

Recommended to Also Read: What You ACTUALLY Need to Start Barrel-Aging at Home