🔥 BETTER BBQ HAS A NEW HOME! CHECK OUT BARRELSMOKINGWOOD.COM 🔥 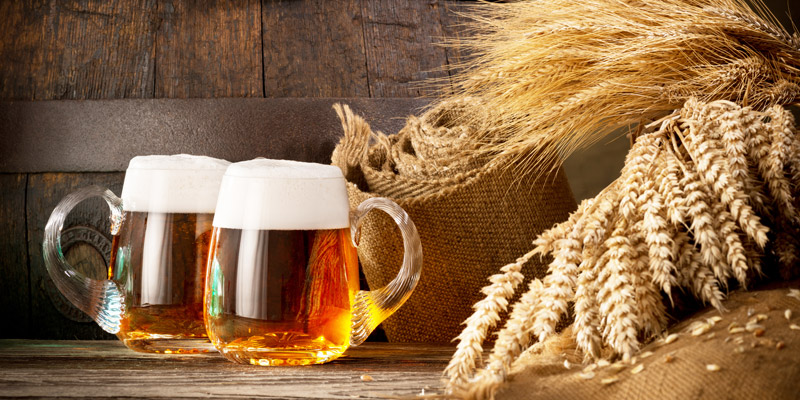 Barrel-aging beers takes a lot of work, planning and prep. But if you’re a brewer, that probably doesn’t faze you. The idea of experimenting with the new flavors that barrels can introduce to your brews is probably exciting enough to help ease any anxiety or worries about getting started. And you’re right! Barrel-aged beers are awesome. We’re obviously huge fans here at Midwest Barrel Co., but they’re incredibly popular in general. Craft beer fans can’t seem to get enough. Maybe it’s the long wait time that builds a ton of hype, or maybe it’s the combination of flavors not found in any other style of beer.

However, you can’t just snap your fingers and have a barrel-aged beer ready to serve up. If you’re new to barrel-aging – or haven’t gone through the process from start to finish in a while – then you may not know exactly how simple or complex producing this style of beer can be.

First-timer or not, though, now is the time to get started planning and preparing to barrel-age. Why? Because by the time your beer is ready, it very likely could be winter – stout season. With Christmas and New Year’s, it’s the perfect time to release a hefty, bold, barrel-aged brew.

But you have to start planning now.

The first decision you have to make when you are planning out your barrel-aged beer is what style of beer you’ll be throwing in the barrel. While big, high-ABV stouts are a very popular choice for barrel-aging, there are many more styles to explore.

Other beers that brewers have aged in barrels with plenty of success include farmhouse ales, saisons, sours, porters and barleywine. Some of the more adventurous brewers out there have even released some powerful-but-tasty barrel-aged pale ales and IPAs.

Whatever style you choose, it’s always safe to fill barrels with beers that pack a pretty healthy ABV and have higher residual sweetness. In an interview with craftbeer.com, Matt Van Wyk of Alesong Brewing and Blending in Eugene, Oregon says those types of beers do well in barrels because the oak often dries out the flavors. Long-term barrel-aging:
In it for the long haul

For an example of how much planning it takes to get deep into barrel-aging absolutely delicious beer that’s closer to MWBC’s home, we need look no further than Kolby Wood, our friend over at While Elm Brewing Company in Lincoln, Nebraska.

Kolby knows plenty about barrel-aging beers. He’s put out some consistently amazing barrel-aged releases – and he’s used our barrels for some of those!

Kolby and White Elm are the featured guests in an episode of “Good Life, Great Beer,” a web video series from the Nebraska Craft Brewers Guild. In the episode, Wood takes hosts Allison Snell and Colt Neidhart on a brewery tour and lets them sample some beers that he had been aging between 1.5 and two years.

“There’s a ton of prepwork in getting the barrels ready and able to be in physical condition to be able to hold beer for two years without getting overly oxidized where it goes straight sherry bomb,” Wood says in the video. “We want to pull these kind of lovely bourbon notes of coconut and vanilla and soft oak with almost this, like, umami earthiness that comes with a year or a year and a half of micro oxidation.”

It’s safe to say Kolby knows what he’s doing when it comes to aging beer. Let’s look into how you can plan ahead and prep as well as the White Elm Brewing Company crew.

Barrel-aging beer is an experiment

While beer style is important, all brewers embarking on a barrel journey need to know that the entire process really is an experiment. You’re taking beer and adding another ingredient – the barrels – to add layers of new, complex flavors that you really can’t get anywhere else.

But when the whole point is to try new things and push boundaries, things can go wrong. Beer can spill, spoil… or there could be other accidents that end up costing a lot of money, like a forklift accident.

OK, the forklift accident spilling gallons and gallons of beer is a bit extreme, but it just goes to show how much careful planning and management a barrel-aging program can take if you want to make some really damn good beer. You have to look at barrel-aging like you would any resource-intensive aspect of your brewery – like an investment.

And that’s where our conversation turns toward barrels.

Barrels are like any other ingredient you could add to beer. There are varieties that offer different flavors and aging times. Many have advantages over others, as well as potential drawbacks, especially when it comes to the style of beer that’s being aged.

When it comes down to it, though, selecting the right barrel is just as important as picking the right hops, malts or yeast for your brew. You have to consider what flavors certain barrels will impart and how much time it may take to gain just the right amount of flavor. Take bourbon barrels for example. To get as much vanilla and sweet caramel flavors as possible, you’ll be looking at aging for about six months. You can add more time, but that’s going to bring out more wood flavors and oxidation. That’s when we start to talk about more complexity.

Bourbon barrels are popular for aging because you can pick up those familiar bourbon flavors in beer. The charred staves on the inside of those barrels will add some nice smoke and spice notes, too.

Aging beer in wine and other spirit barrels

As for wine barrels and barrels that aged other spirits (such as rum, tequila, Scotch or gin), you’re still probably going to need around six months to devote to aging in a full-size barrel.

Just be sure to consider the flavors of the wine or specific spirit that was in the barrel before you got your hands on it. You need to pick a beer style that will be complemented by picking up those flavors and aromas.

Whatever barrel you pick, we always recommend having the beer ready to enter the barrels as soon as they arrive. Again, this is all about planning ahead, right?

Good barrels will be freshly emptied and still have plenty of bourbon, whiskey, wine or other spirit tucked away in the staves – or even in the bottom of the barrel – that can add some serious flavors. Don’t let those barrels sit around! They’ll only dry out if left sitting around for too long.

Finally, don’t forget to sample as you go! This tip applies to all barrel types. Pulling samples every so often is the only way you’ll be able to accurately track each barrel’s progress. How to find the best barrels
for aging beer

Once you’ve got your beer style and barrel type picked out, it’s time to go about making the beer and sourcing the barrels. This can be an expensive and time-consuming process if you don’t have the right connections.

As barrel-aged beers become more and more popular, quality barrels are sometimes harder to come by and can get pricey pretty quickly. If you want good barrels for a good price, then you’ve either got to lean hard on your contacts – or partner with a barrel source (like us!) that can land you some awesome barrels. At the end of the day, it could be your relationship with that source that takes your brew to another level of success.

What makes a good barrel source?

You’re going to need a good source for barrels to really make a name for yourself in the barrel-aged beer category. Look no further! We've got you covered. Finding just any barrel has never been easier, but finding just the right premium barrels can be one of the most complicated and frustrating parts of this process for brewers.

Luckily for you, there are people out there who know barrels inside and out. In fact, there are more barrel brokers than ever. The best in the industry build strong relationships with breweries to deliver top-quality barrels. To have a barrel-aged beer ready by stout season, you’re going to need to start planning now. Remember: Pick your beer style and then select a type of barrel that will treat your beer right during the aging process. Make sure you account for how much time the beer will need and get all your other bases covered.

Our barrel and beer experts at Midwest Barrel Co. can help get you started. Email Ethan or give us a call at 402-704-8226. We’ll get you set up with some awesome barrels for aging that beer you know will have customers lining up out the door when it’s released! How we add belly bungs to head bung whiskey barrels